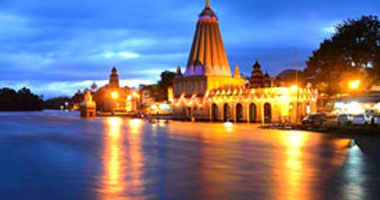 Agricultural Tourism is the Holidays concept of Visiting a working farm or any agricultural, horticultural, or agribusiness operations for the purpose of enjoyment, education, or active involvement in the activities of the farm or operation. In general Agri Tourism is the practice of attracting travelers or visitors to an area or areas used primarily for agricultural purposes. Rutugandh River View Agro Tourism, A sense of calm, swaying Coconut trees, beautiful flowing front of river Krishna and paddy fields abundant with tropical bird life and one kilometer from the Wai bus stand on the Menavali road.Rutugandh River View Agro Tourism Wai, situated at a distance of 1 km from the bus stand. It is a paradise for those who are searching for peaceful accommodation admits the view of mountains. 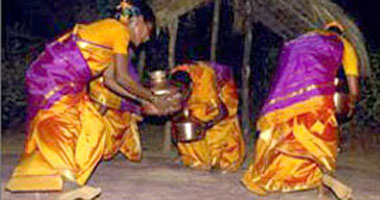 Watch local artisans perform in their full glory and splendor as they share their folk dances and rituals with you and help you realize richness of the culture of local communities.

This temple was built by Raste in the 18th century on the bank of River Krishna, Wai is the first holy place of The pilgrims on Krishna, the people have known Wai as "Dakshin Kashi". There are also 7 Ghats on the Krishna's bank. 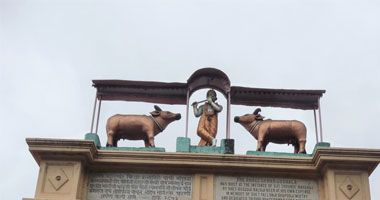 This is about 110 years old Goshala where lots of cows are kept. The institute has launched a pioneer model project of electricity generation from cowdung. The motto of institute is not only cow is sacred, she is useful in all aspects. 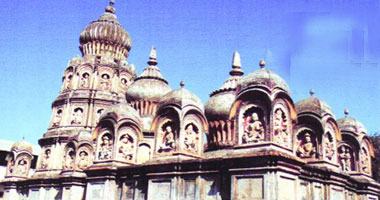 This is very old temple of Lord Shiva, the main feature of this temple is the nandi made by the same stone from which the idol of Mahaganapati was made, & this Nandi was decorated by the garlands & other jewellery, also there is a pendol made by stone & on which design is very beautiful. 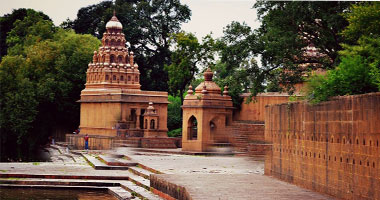 There are lots of temples on 7 different Ghats. 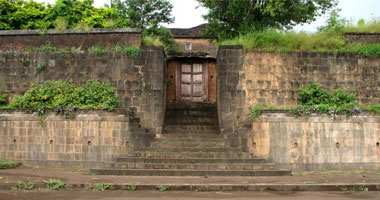 This is an ancient wada to visit. 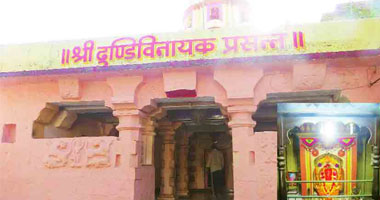 This is the temple of Ganpati of the 11th century. this is very old temple of the region. 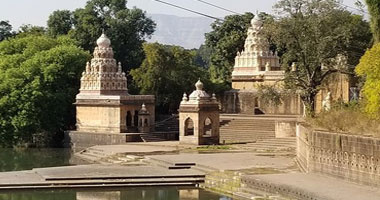 The birthplace of Nana Phadanvis, the administrator of the Peshwai, The famous palace of Nana is in the menawali. 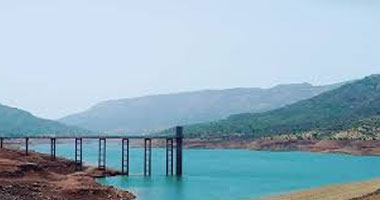 Dhom Dam is situated on the Krishna & Kamandalu river with capacity of 14 T.M.C,& The Balakwadi dam is 19 km from Wai also built on Krishna capacity is 4.08 TMC.have very great natural climate.

This is the "Hemadpanthi" type Temple of lord shiva situated in the village Bavdhan on the bank of krishna river having very good natural surroundings.

The temple of Mahadev Bhadreshwar in the Krishana river on the Wai-Surur road. 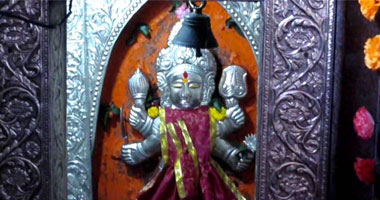 This is the temple of Goddess Sonjai & Kaleshwari on the hills of Sonjai in the Village Bavdhan. This hill are the main stream of the Sahyadries, the height of this hills are at about 2000 ft. 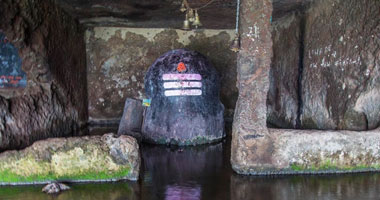 In palpeshwar there are historical caves.

The temple of Goddess Kalubai, the plateau of Mandhardevi is as high as Tableland of Pachgani. 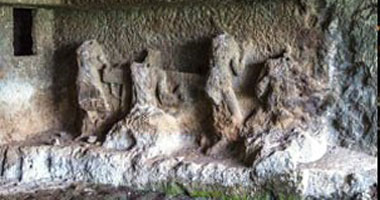 It is 5 km north of Wai and 39 km from satara. This is example of Art. This is cave of God Shiv. This is very old caves of the region. This cave is tremendous example of the anacient VASTUSHASTRA. Situated in the village LOHARE, near MIDC Wai. 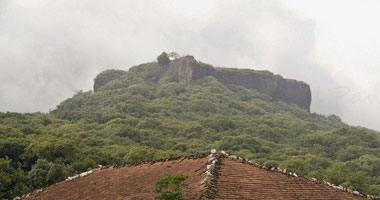 It is ten miles (16 km) west of Wai and 32 km from Satara, this fort is situated in the middle of Dhom dam.

via Bhuinj and Chandan Vandan Fort-This temple is tremendous example of the ancient VASTUSHASTRA. situated in the village KIKALI, near Bhuinj at about 15 km from Wai. 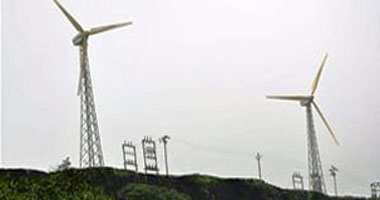 This is the birthplace of the Queen of Jhansi Rani Laxmibai's mother. Very big palace in the Village Bavdhan. Also there are a caves in the hill of PachiDeval, dug by the Pandavas during there Vanvaas.

This is a new planted project in Shambhu Mahadev mountain range.